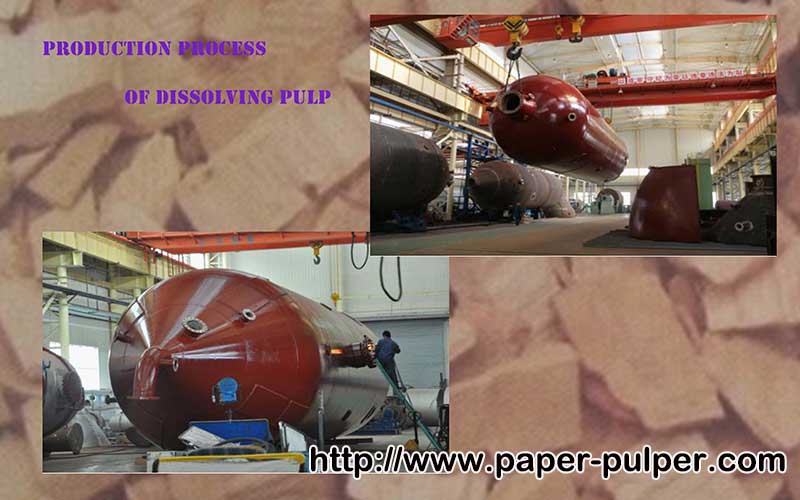 The pre-hydrolysis process is usually carried out under the acid conditions. Under the conditions, the hemi-cellulose will dissolute out by the acid hydrolysis process, which can make its content of raw materials (Especially pentosan) greatly decreased. The pre-hydrolysis process can improve the reaction ability of making pulp as well. It is similar to sulfite cooking process, which can damage the primary wall of fibers, and make it stripped down. And then the secondary wall of fibers that is rich in cellulose will be exposed, which can contact with chemicals to improve the reaction ability of dissolving pulp.

The pre-hydrolysis process can flexibly control the viscosity and polymerization of the dissolving pulp. In addition, because the hydrolysis of hemicelluloses can destroy or weaken the connection between carbohydrates and lignin, the part of the lignin can be removed during the process. After the process, raw material will continue to be cooked by the sulfate process. The process is similar with the cooking method of the sulfate process for common pulp making. But during the pre-hydrolysis process, the part of lignin reacts with condensation and the other material have been changed. The pre-hydrolysis process is an acidic reaction, so in the cooking time, some of acidic materials are needed to neutralize, alkali usage amount is higher than that of traditional sulfate pulping.

The procedures for producing dissolving pulp by steam sulfate pre-hydrolysis process are briefly described as follows:

When wood chips are loaded, passing through low pressure steam can not only improve the density and the temperature of tank filling, but also make partial air in wood chips be removed.

As heating up to the required pre-hydrolysis temperature, the time shall be kept about 60mins. Whether it is to raise the temperature or extend time, P factors must be crucial to be used for control. Specifically it is determined by test results.

After the completion of pre-hydrolysis process, the tank is in acidic state with PH value of about 2-3. At this time, waste liquid after pre-hydrolysis process can be discharged and collected for the producing butanol, furfural and the other by-products. But the treatment needs special technology. Thus, generally recycle is at high cost. In order to neutralize the acid liquid, about 30% of total alkali amount of white liquid will be filled into the bottom of the digester.

Through two-time temperature rise, the cooking by the sulfate process is on. As the liquid level in the tank is beyond medium circulation position, the circulating pump starts for forced circulation of cooking liquid. When heat exchanger gets increased at the temperature after the inlet of medium pressure steam, began conventional cooking operations shall be carried out.

When the H factor reaches the standard value of the process, tank discharging begins.